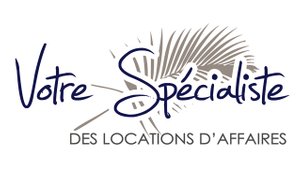 What to do on holiday in Cannes ?

Stroll around the Suquet area

Le Suquet is the heart of the old town with its picturesque alleys, stairs and typical old houses. As you walk, you will be able to discover the Church of Our Lady of Hope , built in the 16th century on the place de la Castre and integral part of the Cannes fortified castle. At the foot of the hill of Le Suquet is the old port of Cannes. The oldest part of " Le Quai St Pierre " dated 1838.

Visit the Museum of Cannes

Set in the ruins of the medieval castle of Le Suquet, the Musée de la Castre is a historical monument .

The museum is open :

Closed Mondays and May 1st.

- Museum of the Sea

The Maritime Museum is located since 1973 in the oldest part of the Royal Fort on Île Sainte -Marguerite .

The museum is open :

Closed Monday and May 1st.

Discover the Espace Miramar in Cannes

The Espace Miramar is located on the ground floor of the former Hotel Miramar Palace at the corner of Rue Pasteur and the Boulevard de la Croisette , this cultural site is dedicated to temporary exhibitions related to photography and the visual arts .

The Miramar is open space for temporary exhibitions :

Malmaison, located on the Croisette, was closely linked to the history of the Grand Hotel . Malmaison is the only building that remains from the original Grand Hotel set, it used to be the games room and the tea room.

Closed in May and June and during the installation of exhibitions.

Department of Cultural Affairs in Cannes

Stroll through the market Forville

Do not miss: The Lerins islands

A short distance from La Croisette, facing the Bay of Cannes, the Lerins islands welcome you .

- The island of Sainte -Marguerite :

The Castle, the Museum of the Sea , the cell of the Iron Mask , the forest of the island of Sainte -Marguerite , the herbarium and botanical trail in the heart of 170 hectares of Mediterranean trees and pond Batéguier is a protected nature reserve is to visit on the island.

Saint -Honorat inevitably evokes the monastic community that owns the site . Lérins Abbey is home to Cistercian monks from the fifth century, operate on this site natural resources in cultivating the vine. Separated from Sainte -Marguerite by an arm of the sea 600 meters, the island suffered the onslaught of invasions of the Middle Ages . The fortified monastery reflects the time and is one of the finest examples of feudal architecture in Provence.

Lérins Abbey was founded in the fifth century by Saint Honorat , who retired to the island to 410. In the early sixth century , Lérins was the most famous monastery of Christianity. Despite numerous Saracen and Spanish attacks , it remains until the end of the fifteenth century . The present church was rebuilt in 1880 on the site of the old abbey.

Town hall of the City of Cannes (1870) historical monument.

The Palais des Festivals and Congresses with its famous red carpet Stars and footprints on the Esplanade of President Georges Pompidou .

Contact our team  in Cannes for more information about our visiting the French Côte d'Azur and  holiday rentals in Cannes on the French Riviera. Contact us : force.immobilier@orange.fr

Search for a villa or appartment for your holidays in Cannes, French Riviera :

Looking for a holiday property in Cannes, or looking to buy on the French Riviera ? Contact our team, established in Cannes for help finding your ideal holiday apartment in South France or luxury villa in the French 'Alpes Maritimes' region.

Can't find what you're looking for ?

Contact our team in Cannes for more information about our special offer and  professionel rentals in Cannes on the French Riviera.